Browse our blog for articles on Climate Change, Financial Planning & Crisis, Prepping and other topics.

A Fire in the rain 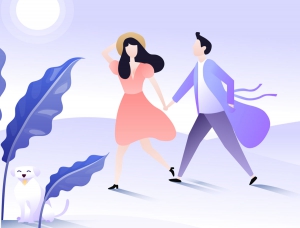 I was wondering how many of you have had the kind of training or experience that would enable you to start a fire in the rain? I am referring to a simple campfire style fire for warmth and cooking with only matches or a lighter device at your disposal. You would also have an axe and a sturdy knife to work with.
I learned that skill long ago and I will tell you it is one very difficult thing to do.
More on this obscure skill at the end of this post. Right now I have a question to ask "what is better, to be prepared or to be un prepared?"
Instead of asking prepared for what take this question and apply it to anything and everything that can come to mind. Start by thinking of a rainy day, you would prepare for that by bringing an umbrella on your travels. Now think of a sustained power outage or a flood or any one of a number of natural disasters.
Most people would answer the above question by agreeing that it is better to be prepared than unprepared. That is why you would take the umbrella precaution. However, there is very little effort or thought being applied to some of the most important aspects of preparedness. Important because those preparations lead to the well being of a lot of people now and in the future.
It is a strange modern development this disregard for preparedness. It is in contrast to a reality of not too long ago when life depended on how well prepared you were for one of nature's greatest threats, the threat of winter.
Up until the 20th century people in many climates were preoccupied with such preparations as bringing in fire wood, preserving and storing food for the winter and getting proper clothing to withstand the cold. For the most part that memory, that instinct has been left behind. In fact for the most part a deeper preparedness mentality has evaporated from our consciousness.
I have had the advantage in thinking of preparedness because from a very early age I was taught to "be prepared."
Originally, I thought it meant preparing ones self so as not to get lost in the woods. The other side of that coin was learning to survive if you did get lost in the woods. I was wrong. Once grasping the basic concept of preparedness it has spilled over to include a wide variety of possibilities including what is to become of us if we do not begin to prepare for the potential pitfalls of the future.
As indicated above this concept of preparedness is not new. One very early example is from the old testament of the bible. Approx. 2600 years ago Joseph (of the coat of many colors) convinced the ruler of Egypt that a famine was eminent. The king prepared his country to survive the famine by warehousing food on a colossal scale. Apparently that worked and Joseph has gone down in history. Without proper preparation for the obstacles ahead what will the chronicle of our history be?
I am no biblical scholar but I believe the argument could be made that both bibles all holy books and all religions are about preparedness. Anyone care to debate that?

To be continued: Also see "the preparedness project group" join in the conversation there. SEPT 2018 GJ

Oh yes starting a fire in the rain. First of all, trying to start a fire while it is still raining is one of the most difficult things you can imagine. So if possible wait till the rain stops. Even in the post rain storm it takes practice to be able to get a fire going. But then why would you want to light a fire in these conditions anyway?
You would never need to consider that challenge except in one tiny little exception. That exception is if your life depended on it.
People caught out in the cold can survive for many hours even days without a fire but will eventually need heat. People who get wet in the cold only have a very short time before succumbing to hypothermia. They need fire right away.

I went to YouTube to check the current teaching on fire building after a rain storm. Lots of info there and they make fire lighting in that situation look easy but even though they make it look simple hands on experience and plenty of it is still the only way to accomplish this challenge. In case you are interested I will walk you through what I learned many, many years ago.
You start with waterproof matches. When I learned all this we used to make them by immersing strike anywhere matches into melted wax. That exercise gave you a match that burned with added intensity and for a longer time once lit. These matches are light weight and reliable.

To ignite these matches simply pick the wax off the heads of two of the matches then light one match head off the other. No fiddling with a striker or looking for a dry surface to strike on. Strike any where matches are still available today.

An alternative to this is packs of matches in a tightly sealed plastic bag tucked inside another well sealed plastic bag. This simple set up should be in the glove box of your car and certainly in any bag or pack you use in the outdoors. I have found a new age addition to matches for your glove box or pack. It is the "micro torch" an inexpensive tool that provides heat that would ignite any combustible.

Next you must find dry tinder, dry kindling and dry fire wood. Dry tinder is available from two sources, from the inner bark of birch trees (use dead ones if you practice this) and from a particular spot on large spruce trees. If you have access to both of these sources of dry tinder all the better.

The birch bark needs little introduction as most people know that dry birch bark burns with the intensity of an oily rag. The spruce tree source of tinder is more obscure and something you should go into the field to see and feel for yourself.
It happens that a large spruce acts like a giant umbrella that continually channels rain outward along its densely needled branches. At the base of the Spruce, at its lowest branches, is a bounty of fine dry dead branch ends the thickness of string. You gather as much as you can of this dry tinder material and under the same spruce you can find kindling in the form of dead dry branches.

Next find some standing dead woods. (trees that have died and are still standing) If you can split pieces of standing dead wood you find that the center wood is dry. Make some kindling out of the driest of this wood possible as well as some larger pieces for fire wood.

Next take 2 of your small diameter pieces of wood (2 inches or 5 centimeters) and arrange them parallel with a gap between 2 or 3 fingers wide. Now with birch bark or tinder or both coax a very small fire to burn in the gap between the logs. You may have to blow on or fan the fire and the gap between the logs will concentrate your air flow. (To cheat at this I have found that a battery powered air mattress pump will blow air through the fire)

Keep adding small pieces till the fire is well lit then start to add the kindling. Here again the 2 parallel logs will help. You can pile your kindling on the parallel logs, log cabin style so that your small fire is directly under the kindling further drying it. This technique allows you to keep adding tiny soft wood pieces to the small fire until the kindling is dried out completely and burning. Add kindling in the log cabin style to the burning pile in small quantities until you have glowing coals You should be able to keep a kindling fire going this way until it is hot enough to start putting larger pieces on in the same crisscross style.
Eventually you can build this fire so that it burns hot enough to take your largest pieces. Do not smother the fire with too much damp wood. Add wood slowly so the fire has a chance to dry it out and starts consuming it before adding more. The log cabin style fire is very good for the purpose described above and you will only have success at this exercise if you practice. 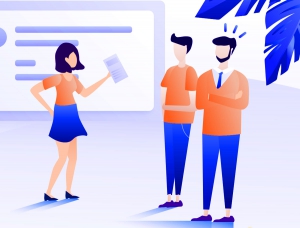 The world is shifting more and more to renewable sources of energy like solar, wind and tidal. However, the sun does not always shine, the wind does not always blow and tidal flows are sometimes zero. Electrochemical energy storage (in batteries) is needed to deal with this variability when the fraction of renewables on the energy grid becomes large. In this talk, Jeff will highlight Dalhousie and Canadian contributions to the science and technology of lithium-ion batteries that are helping with the transformation to renewable energy and electric vehicles.
Dalhousie's Faculty of Science Bicentennial Lecture

For any one local that wants to attend.